Posted on December 8, 2013 by YorkshireNed 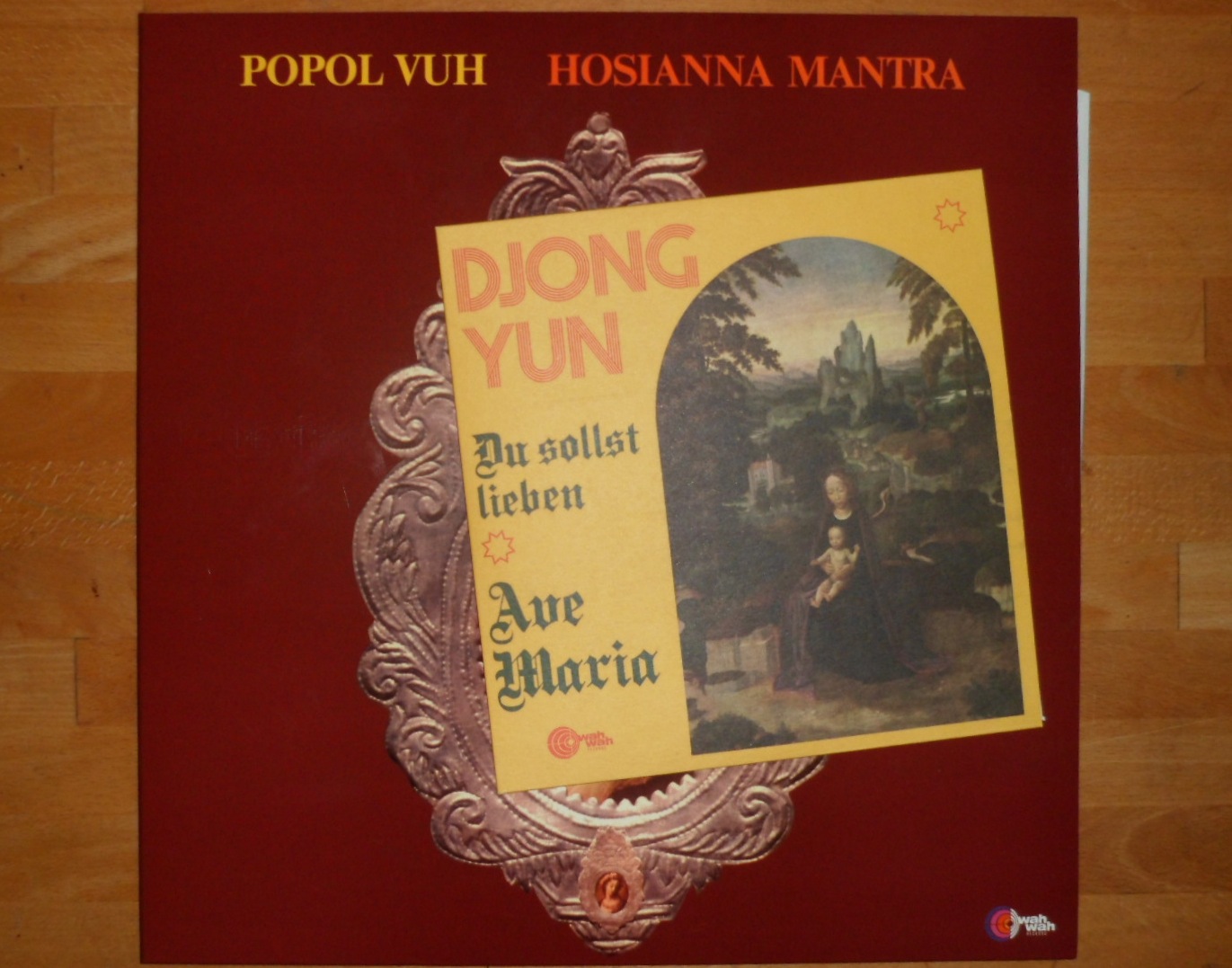 Djong Yun (daughter of the famous composer Isang Yun) contributed vocals to Popol Vuh records such as “Hosianna Mantra” and “Einsjäger & Siebenjäger”, for example. And maybe most Krautrock fans know her from performing “Kyrie“ together with Popol Vuh on German TV – one of the few rare bits of Popol Vuh footage that survived..

Shortly before, during or after recording together with Popol Vuh for “Hosianna Mantra” she also recorded what is (un-)known as the only record she released under her own name. A 7“-record that features two compositions (“Ave Maria” and “Du sollst lieben”) credited to Florian Fricke and recorded with members of Popol Vuh (by the time of “Hosianna Mantra” these were – besides Djong Yun and Florian Fricke – Conny Veit, Robert Eliscu and Klaus Wiese).

The rerelease of “Hosianne Mantra” that was put out on Wah-Wah-Records this autumn comes with this sweet little and hard to get gem and considering that an original of the 7“ might cost you a fortune there’s a good excuse to get another copy of “Hosianna Mantra” for these two songs alone.

There’s Djong Yun’s angelic voice (singing German lyrics which are somewhat of Christian origin), Bob Eliscu’s beautiful oboe, Florian Fricke’s playing the piano and Conny Veit is delivering his significant guitar playing. Klaus Wiese was maybe contributing, too but apart from credits to Florian Fricke for writing the two songs there’s no additional infos or details about the recording session that led to the release of that 7“ back in 1972 and reincarnated thanks to Wah-Wah-Records just recently.