Posted on January 8, 2013 by YorkshireNed 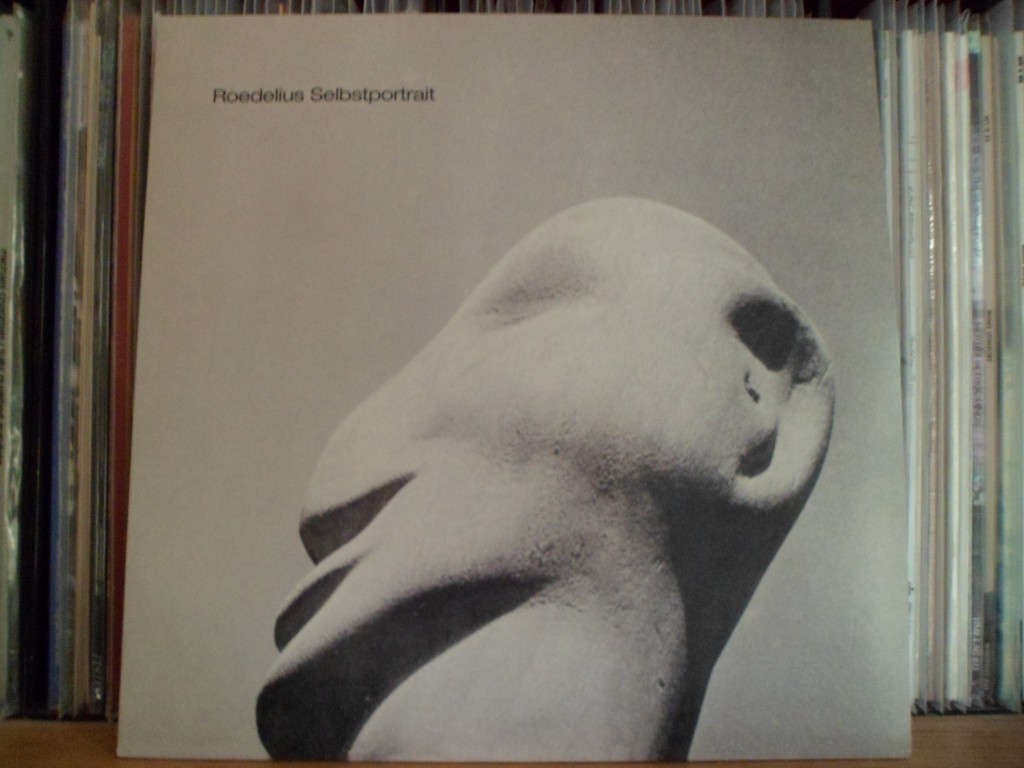 In the 2006 German TV documentary “Kraut & Rüben”, Hans-Joachim Roedelius talked about how certain frequencies (and loud volumes in general) once affected his health. In his early days as a musician (starting out with Kluster) he didn’t know anything about the physical effects that waves of sound have on a human body and he didn’t care much about the damage it may cause to him and others. Consequently he got sick and realised within the process of getting better again that he had a responsibility towards himself and his audience and in order to treat himself and the people listening better he changed his ways of using his equipment.

Having this statement in mind “Selbstportrait”, released in 1979 on Sky Records, is the musical evidence of Roedelius’ responsible and gentle approach – in fact the record’s subtitled: “Teil 1: Sanfte Musik” (Part One: Gentle Music). And even though the music released on “Selbstportrait” is collected from recordings out of the years 1973-77 it isn’t by accident or time lag that it’s a very different album from the drumbeats and overtly digital sounds of Cluster’s record “Grosses Wasser” (also released in 1979). 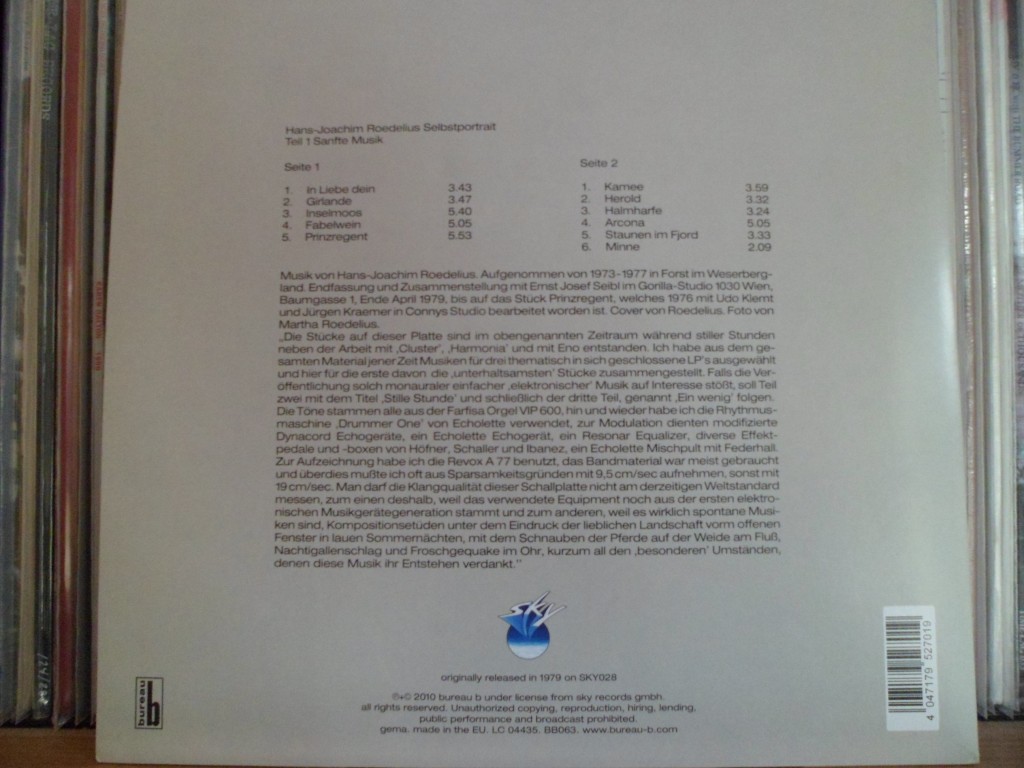 On “Selbstportrait” Roedelius introduces himself as a solo-artist and the first track entitled “In Liebe dein” (With All My Love) reads like a general devise on his career as a mature musician. The humble compositions on “Selbstportrait” sound as friendly and peaceful as music possibly can be. Every sound resonates with gentle serenity. There is barely a beat to be found on the album and it has a very organic feel to it. Every note sounds like it was played and not sequenced.

In the accompanying linernotes to the record Roedelius himself is musing on the mellow mood reflected within the music: “[…] spontaneous musics, compositional studies influenced by the mellifluous landscape outside the open window on balmy summer evenings – horses whinnying on the pasture by the river, nightingales singing, frogs croaking, […].”

This description captures the music – there’s not much to add. Except for an additional note: If you think of Krautrock mainly as wild and trippy music – don’t forget its relaxed and calm reverse! “Selbstportrait” is an exquisite example of the sweet side of electronic music. Next time you’re back from an exhausting “LSD-Marsch” let Hans Joachim Roedelius ease your mind!

This entry was posted in Uncategorized and tagged 1979, Holger Adam, Roedelius, Sky. Bookmark the permalink.