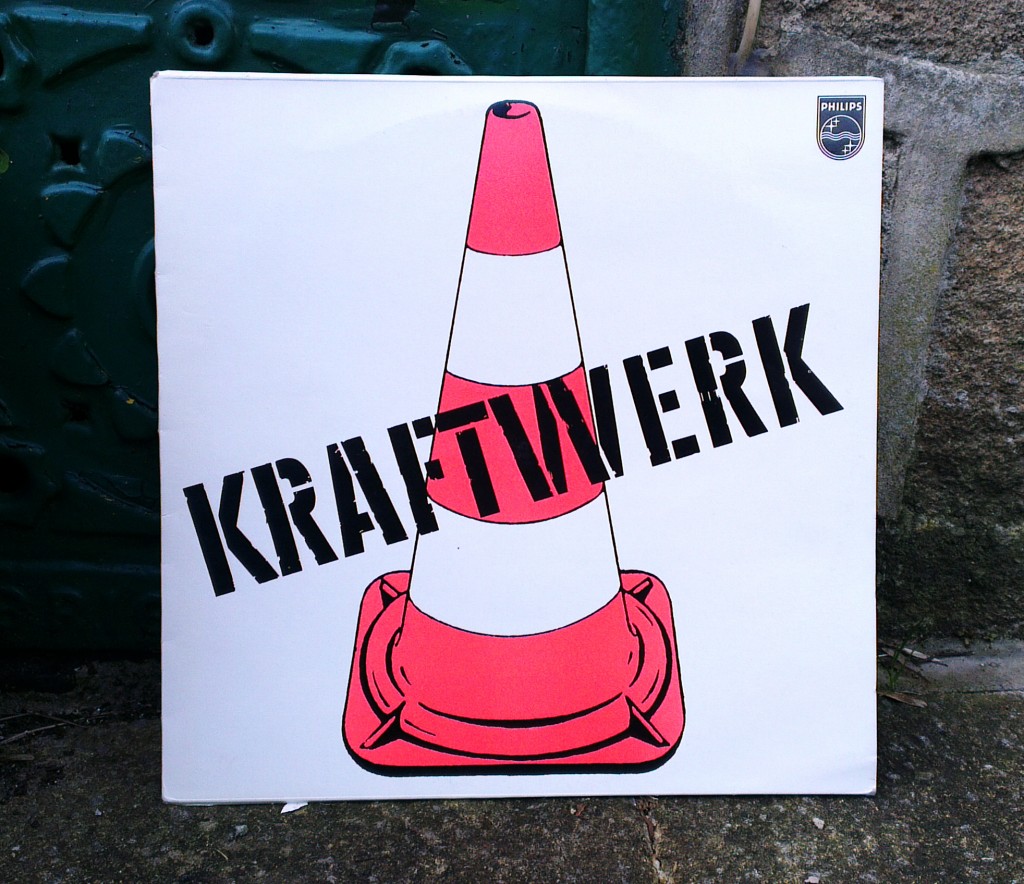 The first three Kraftwerk albums have never been reissued and never remastered for CD (at least officially). Because of this, they feel like a secret history of the band, a very different Kraftwerk to the band that cut those classic electropop albums. On these albums, they are more in tune with their krautrock peers and nowhere more so than on this, their self-titled debut album.

The line-up is just Ralf and Florian accompanied by a drummer. On side one Andreas Hohmann drums. By side two he has gone (jumped or pushed? We don’t know but his next move was to join Ralf & Florian’s former bandmates from The Organisation to form Ibliss) and future Neu! man Klaus Dinger sits behind the kit. 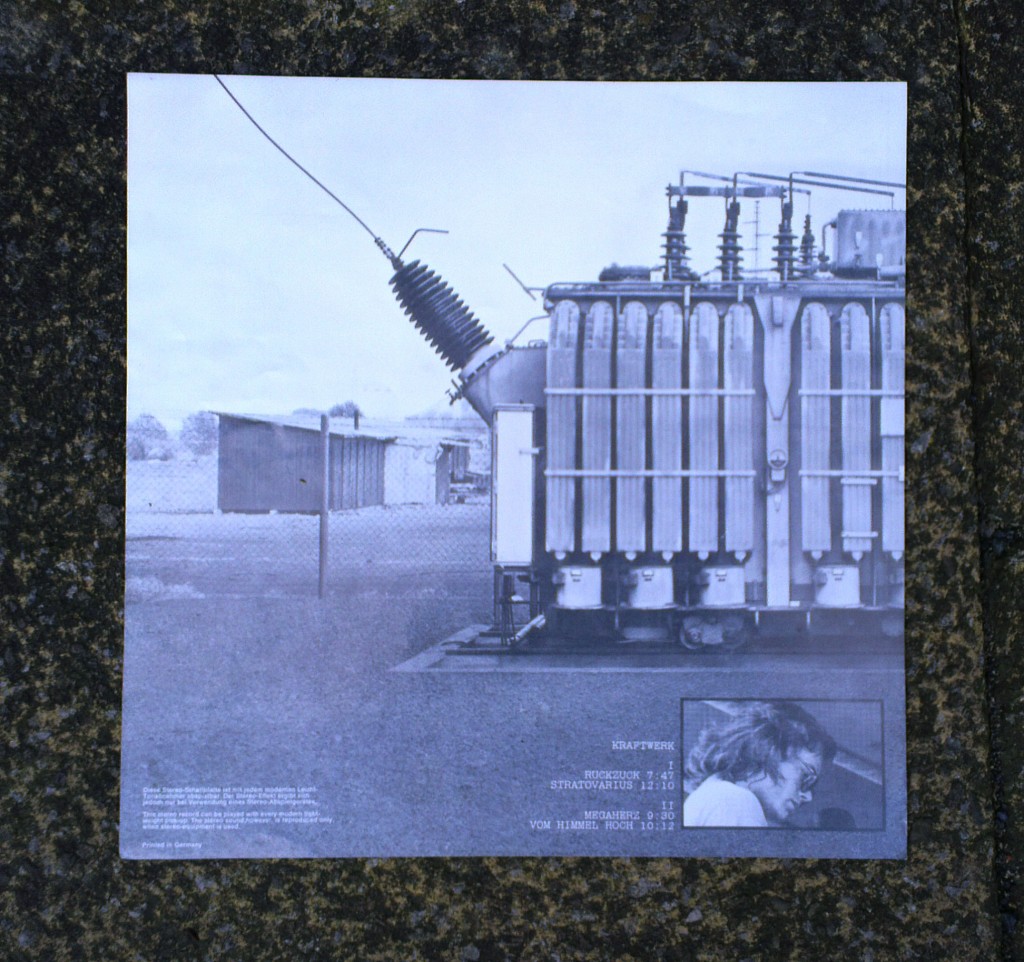 There are two tracks on each side of the LP. Side one opens with the distinctive “Ruckzuck”. The track, with its catchy flute melodies, growly electronics and motoric drumming, was one they played on German TV with previous band The Organisation and it remained in their live sets right up to the Autobahn tour. The second track on side one, the much longer “Stratovarius” goes through some more abstract electronic passages but comes back to the rapid fire drumming and some chunky riffs which might be on a distorted organ but sound very much like some roughly treated electric guitar.

Over to side two and the promise of some wildman Klaus Dinger drumming is delayed by the wild swirls of sound that open up “Megaherz”. It is total madness that gives way to peaceful organ drones and Florian whips out his flute again to blow gently along. Its almost pastoral stuff and worlds away from their futurist fantasies to come.

The killing blow arrives last, though, in the form of “Von Himmel Hoch”. To begin with, there is an extended opening of insane electronics sounding like the Radiophonic Workshop manipulating recordings of air raids. Its all a big tease, however, and eventually Dinger begins to hit his kit like he hates it and the drums and electronics build up in pace before exploding into a giant, monstrous electronic funk wig-out that still remains unsurpassed in music. Its now become a permanent fixture in my DJ sets when I play out with vinyl. 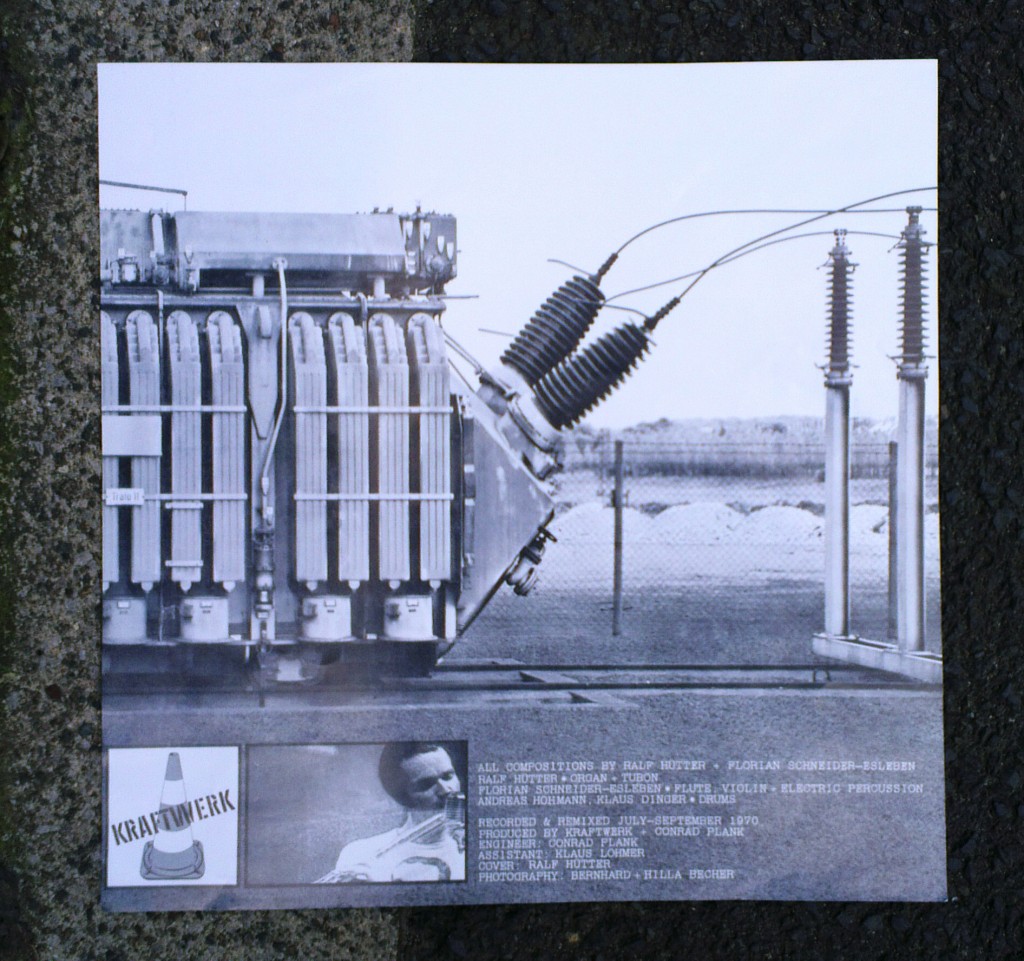 If you like Kraftwerk’s well-known albums but don’t enjoy the classic krautrock sound then there is nothing for you to see here. However, any lover of quality experimental rock music or rowdy electronics really needs to hear this classic album.