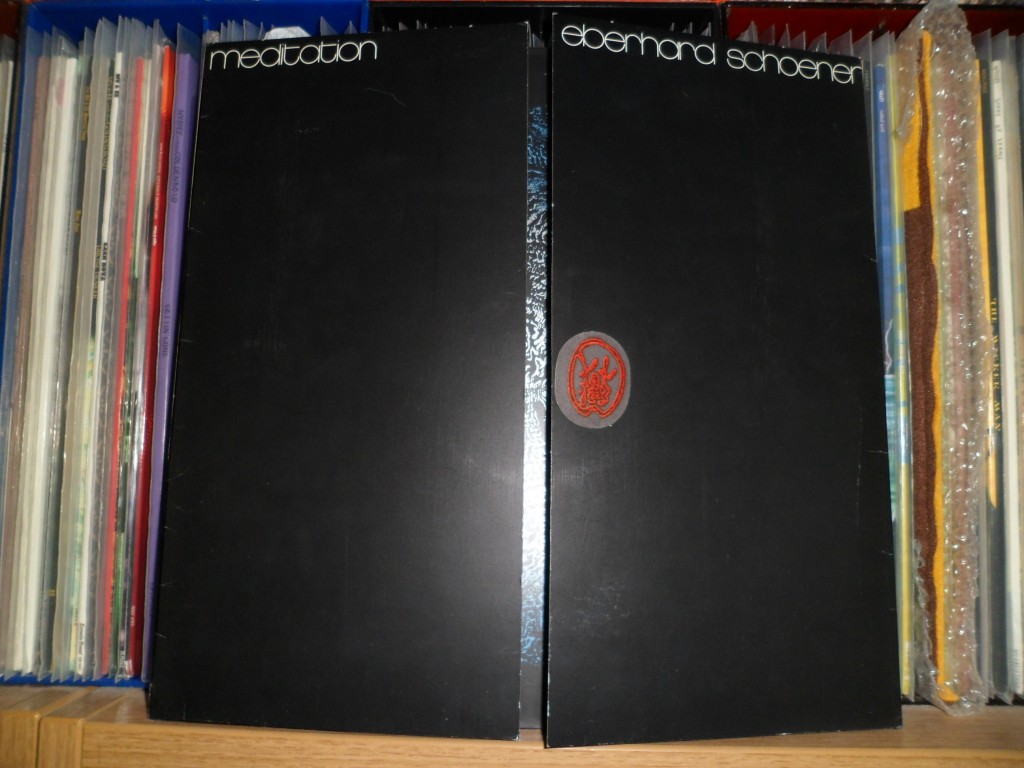 Eberhard Schoener’s diverse discography isn’t something you have to fully explore if you’re looking for some Kosmische Musik. Having a rather orthodox background in classical music he got a Moog synthesizer in the late 60’s and recorded a few interesting records but also a lot of not-so-interesting-music (some of it might be hailed as proto-dance music, for example “Why don’t you answer” with Sting singing on it; from “Flashback” recorded in 1978). There are three records I’d recommend to look for: “Bali Agúng”, “Trance-Formation” and “Meditation”.

“Meditation” was recorded after a trip to Asia. But even though Schoener’s trip might be read as a sign of the times he didn’t return as a yogi disciple. He’s pictured as a clean shaved lad on the back of the record cover and in his sleeve notes he states that “during the trip it had become clear to me that the search – the attempt – the passion, especially of youth, to find oneself, through the copying of Far-Eastern meditative exercises more often leads to the wrong path and even into an alley from which there is no return.”

I’m not the one to judge if Schoener maybe didn’t try hard enough or if he was already too old (compared to the youth he’s talking about) or whatever. Fact is, “Meditation” is not intended to be music to meditate to (in the eastern/religious kind of way). Schoener’s very delicate on that subject. He wants his music recognised as European music that is different from what he heard/experienced when travelling Asia – even though his music integrates some non-western influences (like Debussy’s, Messiaen’s and Stockhausen’s did before).

“Meditation” is intended to be electronic music with a meditative surface (and a meditative artwork) – and the rest is left to the listener. Of course you’re free to do whatever you want with it. Do the dishes or fall asleep to it. Make love to it or just gaze at your bedroom wall: Eberhard’s fine with it – and I think he did a good job making a difference between a composer’s intentions and the esoteric yackety-yak that comes along with a lot of so called psychedelic music. (I know what I’m talking about I’m producing some of it, too!)
Okay. What is left? The music. How does it sound? Beautiful. Two side-long tracks of soothing electronic music that aged very well. There’s an ethereal atmosphere to it. I’d like to think of that kind of music as a sonic environment – a sound that’s in the air when sitting at a sparse north-sea-shore: There’s some clouds, some seagulls, mild shaped dunes to the left and the right and an endless horizon upfront.

If you haven’t already: score a copy and put it next to “In den Gärten Pharaohs”. Get “Bali Agúng” and “Trance-Formation” if you want to – and if you want to go all the way through Eberhard Schoener’s discography be warned: he took a lot of musical routes – and more often they led him to the wrong path and even into an alley from which there is no return… 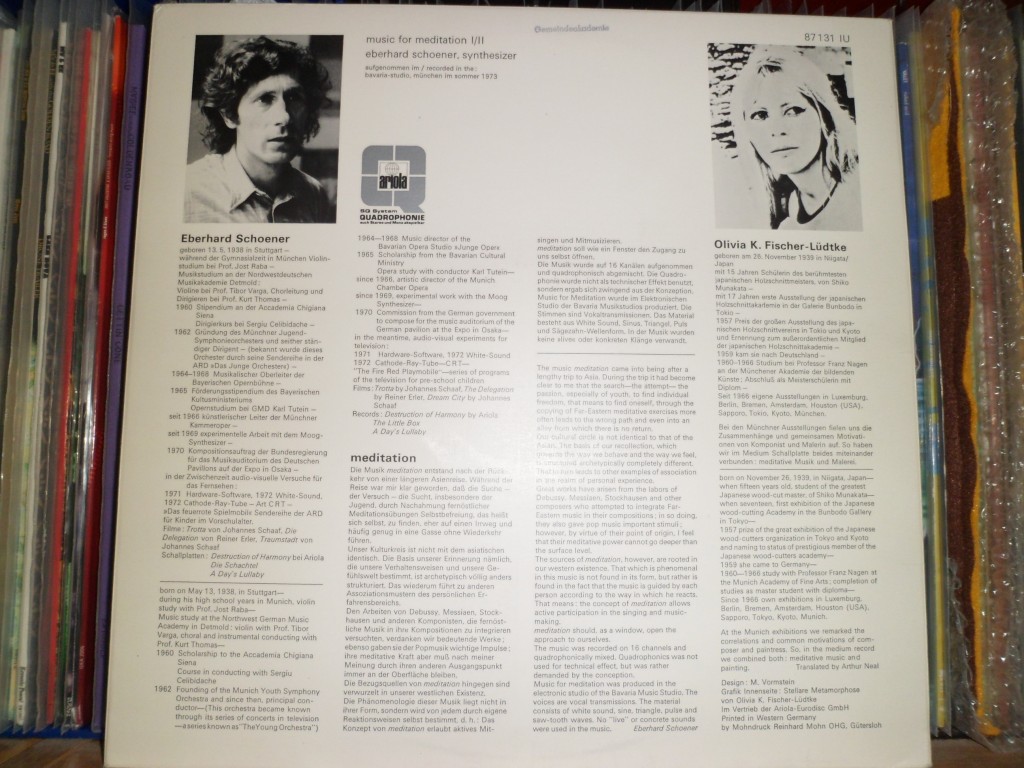 This entry was posted in Uncategorized and tagged 1973, Ariola, Eberhard Schoener, Holger Adam. Bookmark the permalink.