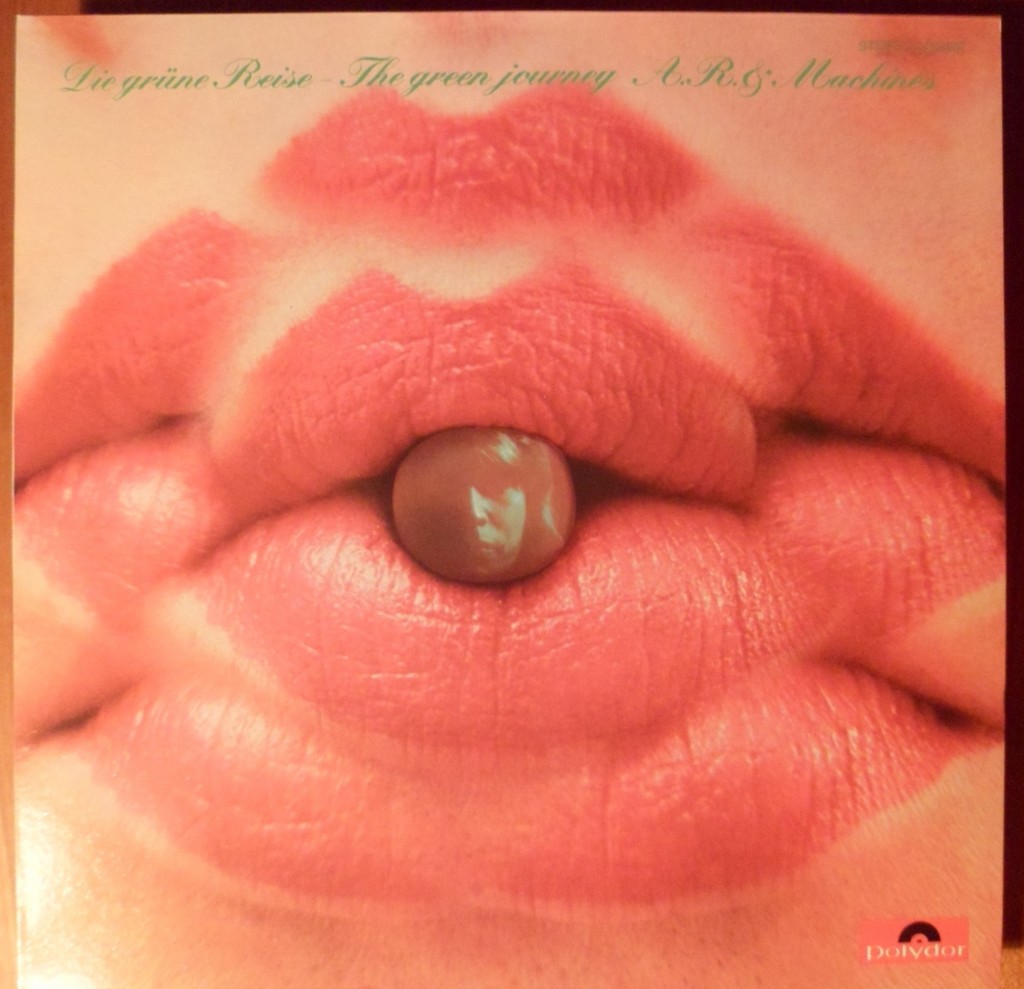 When it comes to adopting international musical styles it’s easy to see that Achim Reichel was slightly ahead of his (German) times: He founded The Rattles, the ‘German Beatles’, in 1960, toured England briefly with The Rolling Stones and Bo Diddley in 1963 and supported The Beatles in Germany in 1966. During the early and mid-1960’s The Rattles had a few hits and became more and more popular when Reichel had to join the German Bundeswehr in 1967 and his career as a musician was put on hold. Coming back from the military service he grew his hair and recorded “Die grüne Reise” in 1970. It was released in 1971, the same year as the first Ash Ra Tempel.

Maybe it’s because of Reichel’s age (he slightly older than Schulze or Göttsching, for example) or it’s because of the fact that “Die grüne Reise” (the green journey) was recorded in Hamburg, where Reichel lives until this day – but A.R. & Machines are strangely disconnected from the Krautrock canon. In Munich there was Amon Düül and in Berlin the eponymous school (Ash Ra Tempel, Tangerine Dream, Cluster…) for example – people who formed different groups and played together in various combinations. Achim Reichel remained alienated from all these actions and listening to “Die grüne Reise” I ask myself why? Maybe just because he wanted to be on his own. (The back-cover of the record pictures Reichel standing solely in front of a setting sun.)

The music on “Die grüne Reise” is not unlike some early Ash Ra Tempel or some Amon Düül – but it’s a solo-record and because of that it bears similarities to Göttsching’s “Blackouts” or “Inventions For Electric Guitar” – not to speak of Reichel’s “Echoes” from 1972, which sounds like the musical template for Göttsching’s “Inventions…”. But by the time of Göttsching’s “Inventions…” Reichel was already off the psychedelic plane and released a record consisting of Shanty music.

Reichel’s musical journey remains a bizarre Sonderweg in the history of Krautrock – but for the most part it’s a journey to enjoy. “Die grüne Reise” is a colourful and diverse record (the sleazy guitar riff on “In The Same Boat” sandwiched between “Globus” and “Beautiful Babylon” is a hilarious aberration – at least when it comes to the average expectations when putting on a ‘psychedelic’ record). Its ten fluffy psychedelic tracks wear the obvious signs of the times, but they still sound fresh. “I’ll Be Your Singer” is a folky-trippy ditty with slightly goofy faux-philosophical lyrics, “Body” another fine echo-guitar-etude blending into a laid-back “Book Of Blues”. And that’s just the first side of “Die grüne Reise”…

Flipping the record “Cosmic Vibration” radiates from the vinyl, so what are you waiting for? Take the trip – the green journey awaits you!

This entry was posted in Uncategorized and tagged 1971, Achim Reichel, Holger Adam, Polydor. Bookmark the permalink.